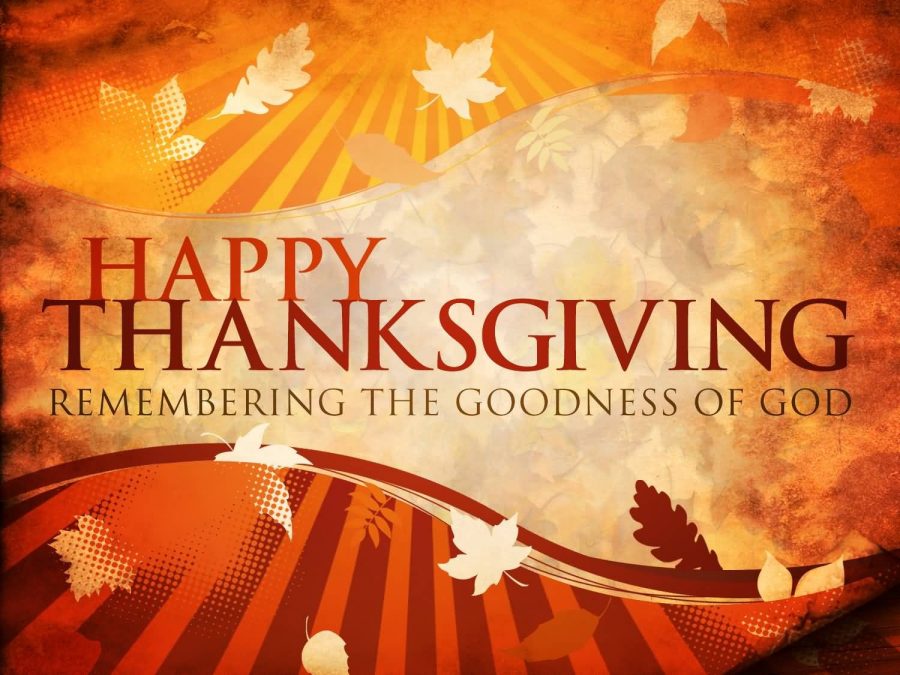 This year we as a nation celebrate Thanksgiving Day on Thursday November 23.   As always we will celebrate a Thanksgiving Mass at 10:30 am followed by a traditional Thanksgiving dinner.  Please contact the Parish office if you plan on attending the dinner.  Reminder: the parish office will be closed Nov. 24 – Nov. 26.

For most Americans, Thanksgiving Day is a special day, where we celebrate family unity. In fact, families get together on Thanksgiving more often than on any other holiday, including Christmas, and according to retailers’ statistics, this is the day when the most food is consumed in the country.

But besides the traditional family get-together and the big meal, there is also the religious meaning of this holiday, that is present since its origins. According to tradition, the pilgrims celebrated the first meal of thanksgiving in 1621, together with a group of natives to give thanks to God for the abundance of the harvests in the new world.

With time, this celebration became a national event, finally sanctioned by President George Washington himself. Today, we Catholics, celebrate Thanksgiving not only as a national holiday, but also as an authentically Catholic holiday.

I say that this is a truly Catholic celebration because even before the “first” Thanksgiving celebration on U.S. soil in 1621, on April 30, 1598, in Texas, Don Juan de Oñate had already declared officially a “Day of Thanksgiving,” commemorated with the holy sacrifice of the Mass.

Oñate did what is essentially Catholic: to celebrate the Eucharist, a word which comes from the Greek term Eukaristein, and which means, precisely, “thanksgiving.”

From Catholic on Line